Local coffee shop constantly out of your favorite ingredient lately? Can’t find what you’re looking for at the store? Packages arriving late?

The problem might be as simple as having too few people to drive the stuff around.

A shortfall of truck drivers is one factor clogging every facet of the supply chain right now, and the U.S.A is feeling the impact. It’s not a new problem, industry experts say, but like so much else, the global pandemic has made it worse.

Truck drivers have been in short supply for years, but a wave of retirements combined with those simply quitting for less stressful jobs is exacerbating the supply chain crisis in the United States, leading to empty store shelves, panicked holiday shoppers and congestion at ports. Warehouses around the country are overflowing with products, and delivery times have stretched to months from days or weeks for many goods.

The phenomenon is rippling across the economy, weighing on growth, pushing up prices for consumers and depressing President Biden’s approval rating. But the White House has struggled with how to respond.

On Tuesday, it announced a series of steps aimed at alleviating supply-chain problems, such as allowing ports to redirect other federal funds to efforts to ease backlogs. As part of the plan, the Port of Savannah could reallocate more than $8 million to convert existing inland facilities into five pop-up container yards in Georgia and North Carolina to help ships offload cargo more quickly.

That followed an announcement by Mr. Biden last month that major ports and private companies would begin moving toward 24-hour operation in an effort to ease the gridlock. But early results suggest that trucking remains a major bottleneck in that effort, compounding congestion at the ports.

The directors of the ports of Los Angeles and Long Beach said that, at least initially, few additional truckers were showing up to take advantage of the extended hours.

Gene Seroka, the executive director of the Port of Los Angeles, said his port had told the White House in July that about 30 percent of the port’s appointments for truckers went unused every day, largely because of shortages of drivers, the chassis they use to pull the loads and warehouse workers to unload items from trucks.

“Here in the port complex, with all this cargo, we need more drivers,” Mr. Seroka said.

The $1 trillion infrastructure bill that the House passed last week could help mitigate the shortage. The legislation includes a three-year pilot apprenticeship program that would allow commercial truck drivers as young as 18 to drive across state lines. In most states, people under 21 can receive a commercial driver’s license, but federal regulations restrict them from driving interstate routes.

But industry experts said the program was unlikely to fix the immediate problem, given that it could take months to get underway and the fact that many people simply do not want to drive trucks.

Mr. Biden said last month that he would consider deploying the National Guard to alleviate the trucker shortage, although a White House official said the administration was not actively pursuing the move.

Meera Joshi, the deputy administrator of the Federal Motor Carrier Safety Administration, said the agency had focused on easing the process of obtaining a commercial driver’s license after states cut back licensing operations during the coronavirus pandemic. The agency has also extended the hours that certain drivers can work.

“They are the absolute backbone of a big part of our supply chain,” Pete Buttigieg, the transportation secretary, said about truckers at a White House briefing on Monday. “We need to respect and, in my view, compensate them better than we have.” 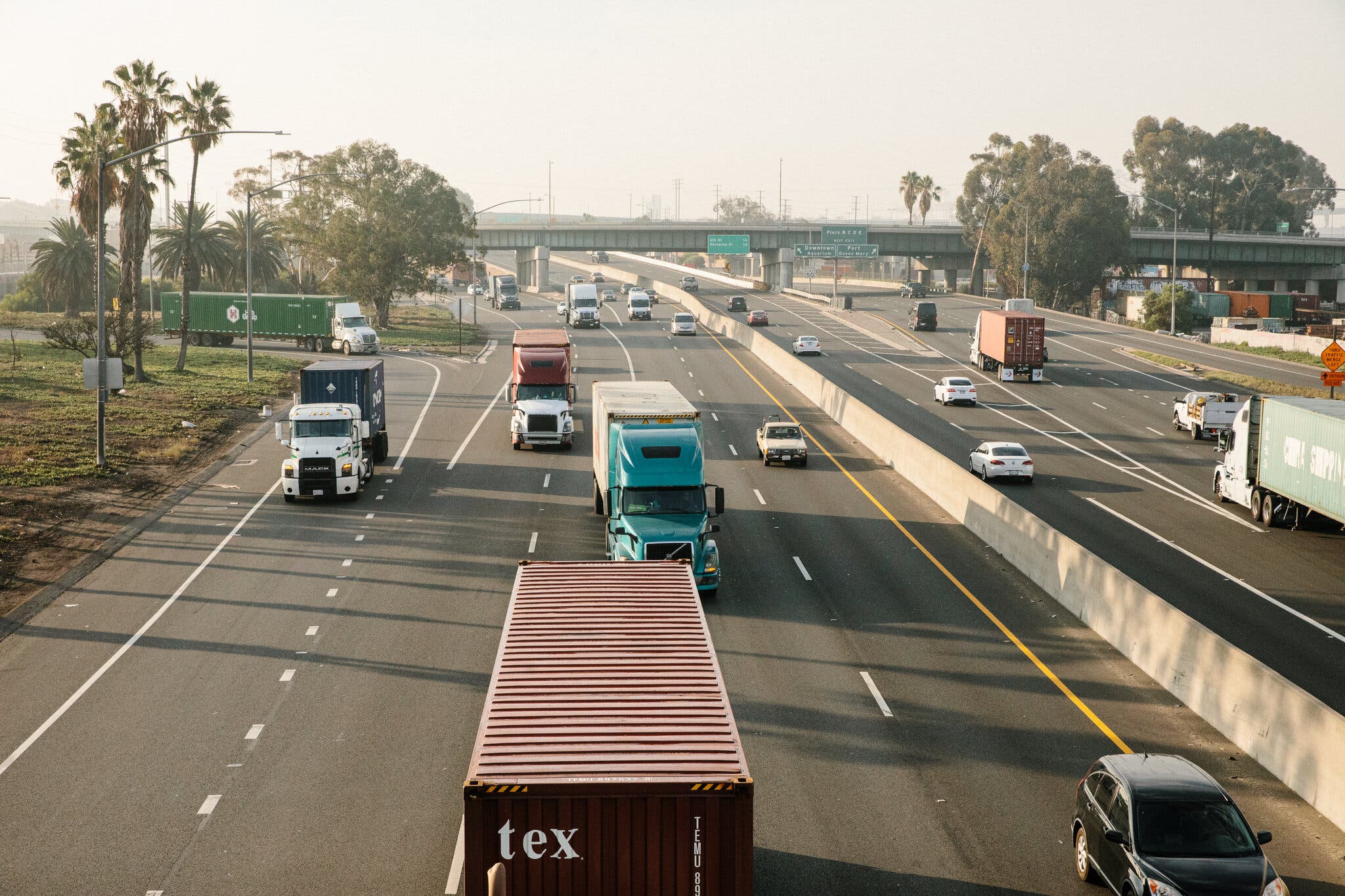 The shortage has alarmed trucking companies, which say there are not enough young people to replace those aging out of the work force. The stereotypes attached with the job, the isolating lifestyle and younger generations’ focus on pursuing four-year college degrees have made it difficult to entice drivers. Trucking companies have also struggled to retain workers: Turnover rates have reached as high as 90 percent for large carriers.

In response, the companies have raised their wages. The average weekly earnings for long-distance drivers have increased about 21 percent since the start of 2019, according to the Bureau of Labor Statistics. Last year, commercial truck drivers had a median wage of $47,130.

To pay for those increases, trucking companies are raising their rates. Jon Gold, the vice president of supply chain and customs policy at the National Retail Federation, said the driver shortage has contributed to steeper costs for retailers, which are trickling down to consumers and pushing up some of the prices at stores.

“We are seeing cost increases at every step of the way in the transportation supply chain,” Mr. Gold said. “From ocean to truck to rail, costs are increasing.”

Derek J. Leathers, the president and chief executive of Werner Enterprises in Omaha, which employs about 9,500 drivers, said its services cost about 15 percent more than prepandemic levels as driver salaries and equipment costs have climbed. 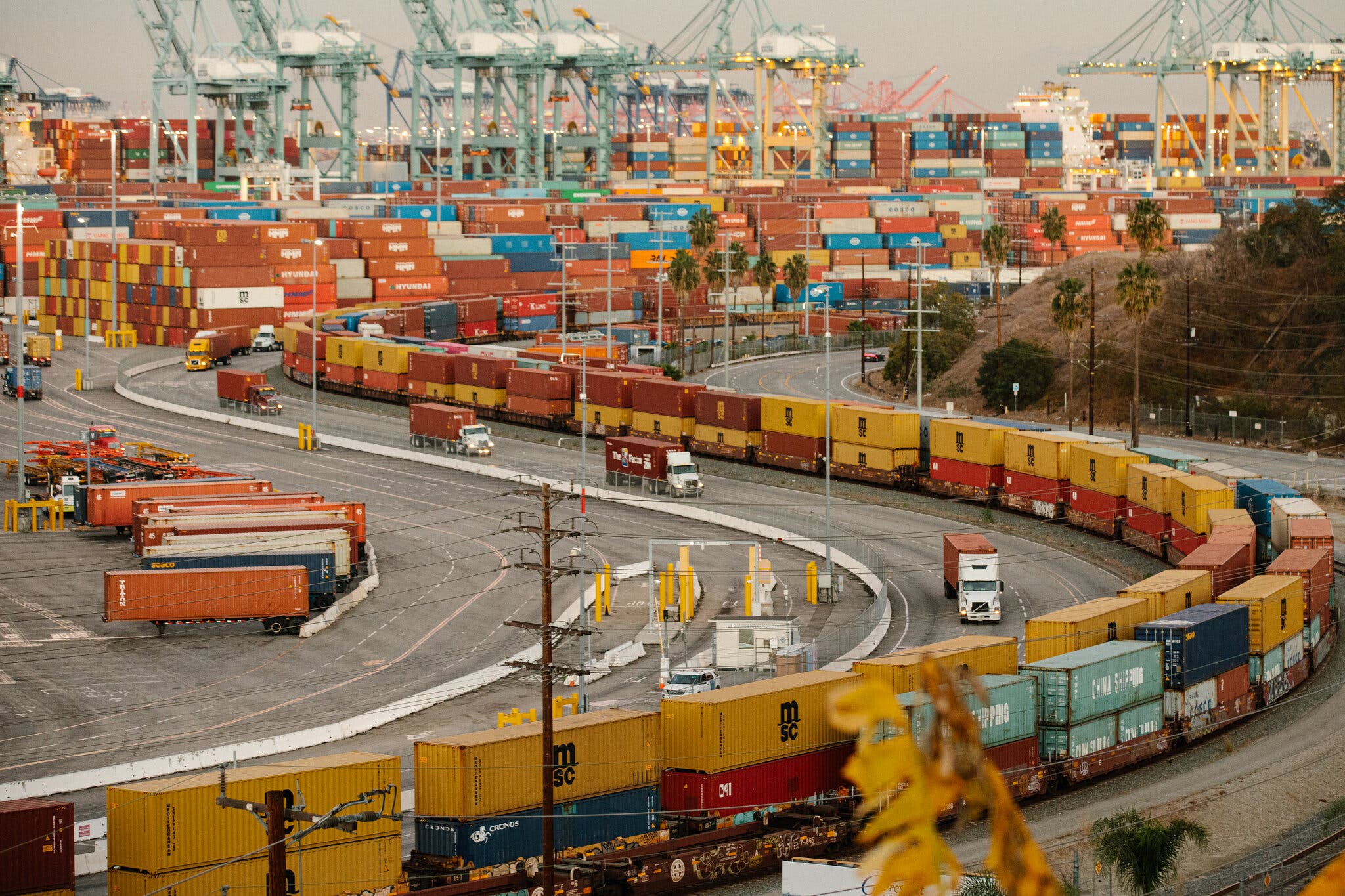 The company is trying to hire about 700 truck drivers — up from about 300 before the pandemic — after demand swelled and retirements left the company short on workers. It has increased driver compensation by about 20 percent since the start of 2020 and expanded the number of driving academies it operates.

“I’ve been in the business for over 30 years,” Mr. Leathers said. “I definitely think this is the tightest driver market I’ve seen in my career.”

Holly McCormick, the vice president of the talent office at Groendyke Transport in Enid, Okla., said that although the company offered an average salary of about $70,000 a year, fewer people were willing to be away from home for long stretches. Time spent waiting to unload or load cargo has also increased during the pandemic, which has led to lower wages for drivers who are typically paid by the mile, Ms. McCormick said.

Truckers usually are not compensated for the first two hours spent waiting, according to a report by the Owner-Operator Independent Drivers Association.

“It’s pretty troubling,” Ms. McCormick said. “The number of people that are in the work force continues to shrink.”

Even with increasing wages, some drivers have left the industry altogether. Bob Stanton, 64, quit his job as a long-haul truck driver in October 2020. After he pinched a nerve in his neck, numbing some of the fingers in his left hand, his doctors said he could no longer lift items heavier than 50 pounds.

Mr. Stanton, who lives in Batavia, Ill., said he believed his severe neck and back pain was a result of his nearly two decades working as a truck driver. The irregular work hours also led to his being diagnosed with sleep apnea in 2002, he said. He now works at a company that helps truck drivers who have the disorder.

Jay Wagner, 57, a truck driver who hauls hazardous chemicals, is usually on the road for about three weeks at a time, rarely spending time at his home in Wichita, Kan. Mr. Wagner said that he thought about leaving his job every day to spend more time with his wife and grandson, but that he was not sure what he would do for work if he quit.

To make up for the shortages, industry leaders and researchers say, trucking companies need to make greater investments in recruiting women and people of color. Only 7 percent of truck drivers are women and 40 percent are minorities, according to a 2019 report from the American Trucking Associations.

Some have also called for increasing the weight limits for trucks to allow them to haul more cargo, or permanently lowering the age limit for drivers. The pilot program in the infrastructure bill aims to help recruit more drivers by allowing people as young as 18 to drive interstate routes. But some industry representatives have expressed concerns about the program’s risks and say the federal government should instead focus on improving retention rates.

“If safety is a consideration, as we look at age, you don’t take the number down, you take the number up,” said Todd Spencer, the president of the Owner-Operator Independent Drivers Association.

Mr. Buttigieg said the Transportation Department realized that it had to be “very careful about safety” and that the program was an initial test.

Some have welcomed the move as necessary. Bob Costello, the chief economist at the American Trucking Associations, said 18-year-olds who were interested in trucking might not wait until they turned 21 to pursue that line of work and could instead wind up with jobs in food or construction. While other supply-chain bottlenecks could clear up after the pandemic, Mr. Costello said the driver shortage was likely to worsen.

“If we don’t fix this driver shortage,” he said, “I think going into some of these stores and seeing some of the shelves with nothing on it could be our future.”