COFFEE AND THE AMERICAN REVOLUTION

The first mention of coffee in the US dates back to 1668. It was brought to New Amsterdam (now New York) either by the Dutch or by the British. To this day, debates persist over where the first coffeehouse in the US was founded, but most argue it was either Boston or New York.

During the American Revolution, drinking tea was seen as unpatriotic, as it was the favoured drink of the British. This meant that in no time at all, coffee became the drink of choice for “true US Americans”.

At this time, most US coffeehouses were also located in New England, and many of them had a clear political affiliation. Where the coffeehouse was situated or what it was named determined much of its patronage.

For example, the British Coffee House in Boston was frequented by Redcoats (British soldiers) and other loyalists, while the Green Dragon, also in Boston, was a meeting place for the many dissenters against British rule.

Perhaps unsurprisingly, after the Revolution ended, the British Coffee House was taken over and aptly renamed the American Coffee House.

After the Revolution, a love of coffee took hold quickly in the all-new United States of America. It spread quickly over the decades that followed, and by the time the American Civil War broke out in 1861, coffee was standard issue in both Union and Confederate rations.

That said, it was more popular for the effects of caffeine rather than the flavour of the coffee itself. The coffee was likely roasted over fire and extremely bitter, and soldiers would also often add other ingredients like chicory or tree bark if they didn’t have enough coffee for a full cup.

“Coffee was the drug of the civil war,” Robert says. “It gave people energy and the ability to keep on fighting. It may have made a tremendous contribution to the Union’s cause.”

For example, at one stage, a Union naval blockade stretched coffee supplies in the South. This meant that Confederate soldiers were actually forced to trade their tobacco (which was plentiful) for coffee from their Union enemies across the border. 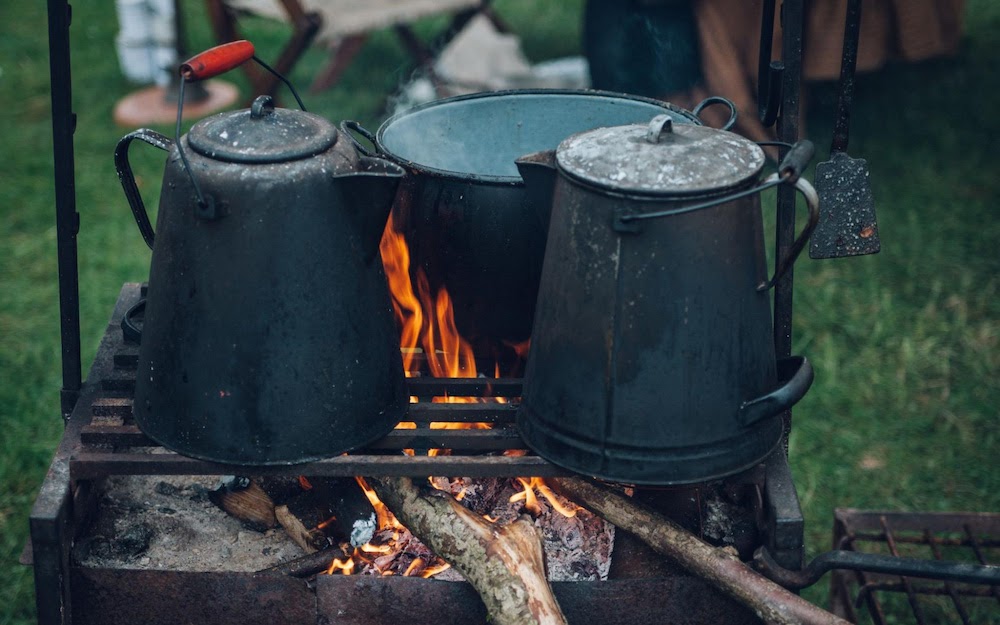 COFFEE FOR THE MASSES

It wasn’t until the late 19th and early 20th century that coffee shops became popular among regular people, as they started to become accessible for those who didn’t work in the government or finance.

This rise in popularity was driven somewhat by the fall in wholesale coffee prices towards the end of the 19th century. This coincided nicely with the expansion of the US railroad network, which only helped coffee to proliferate.

Soon, coffee was not just widespread, but also affordable – meaning that by the late 19th century, more or less anyone could find and drink it.

“The famous coffee break in US offices started from the 1920s onward. That provided a social setting; a point where people could meet.”

However, at this time, coffee shops were still relatively uncommon. While “café society” did emerge in some capacity in the 1920s, this actually had more to do with Prohibition than coffee, as this culture centred more around jazz, dancing, and bootlegged alcohol.

It wasn’t until another significant event in the 1920s that the US’ modern obsession with coffee began. 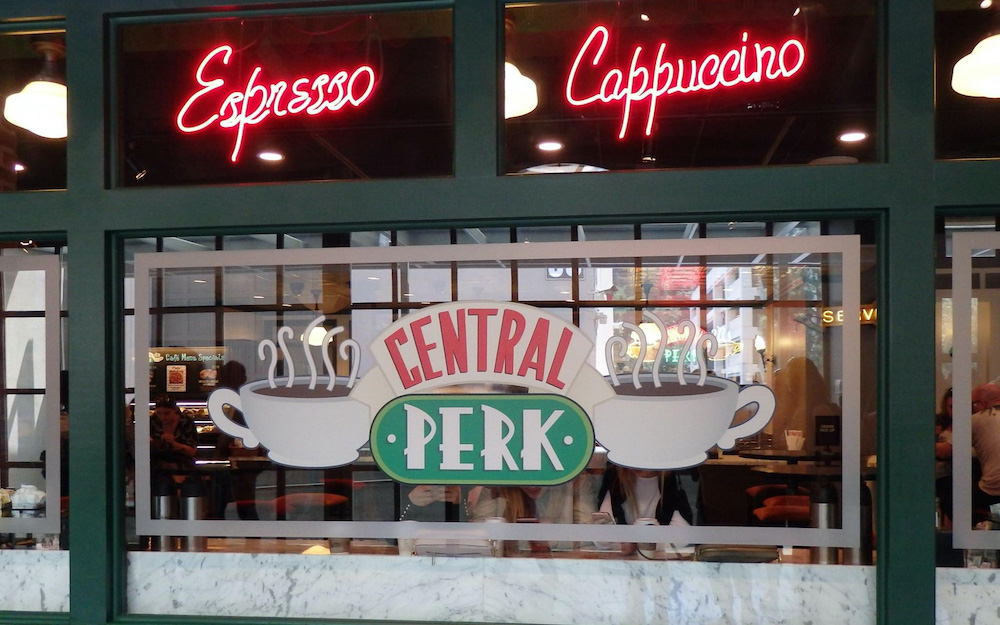 When the Great Depression hit in 1929, food banks and soup kitchens began handing out coffee and donuts to hungry citizens.

Coffee culture evolved again in 1941, when the US joined the Second World War. Once more, coffee was issued as part of every US soldier’s rations, which were supplied by the burgeoning Maxwell House.

However, it was the growth of advertising after the Second World War that really fuelled coffee’s popularity in the 20th century.

Throughout the latter half of the century, newspapers, magazines, and television all began promoting the wonders of coffee to families in the US. Advertising was focused on the “nuclear family”, comprising a hard-working father, a dutiful wife and mother, and rosy-cheeked children.

It’s no surprise, then, that coffee adverts from the time are angled towards family life. This was a different approach to European coffee adverts of the same area, which instead promoted the class and sophistication of cafés.

Across US coffee culture, however, one establishment bucks the trend and has persisted in spite of the third wave of coffee. This is the diner: a “third place” which is now irrevocably intertwined with how people perceive coffee in the US.

As far back as the early 1900s, diners emerged as places where people could get a cheap meal and drink lukewarm filter or instant coffee. Perhaps because of their affordability, they have persisted to this day. Diner coffee remains a US phenomenon, too, and is commonly associated with dark roasts and automatic filter machines. 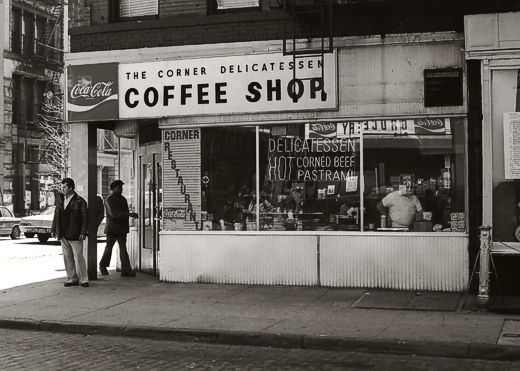 In the late 1970s, the second wave of coffee emerged across the US, and people started to spend a significant amount of time in coffee shops. This was when café culture really started to become a social concept across the country.

While the second wave emerged in the late 1970s, it really started to gather speed in the 1980s. This also gave way to the emergence of coffee chains, perhaps the best example of which is Starbucks.

Professor Thurston explains: “Starbucks and Howard Schultz really changed what we thought about coffee and introduced US citizens to the coffee shop in a new way.”

He also says that the second wave naturally paved the way for the third, as people started to ask “is there something better than Starbucks?”

Through the 21st century, there was one final shift: the third wave of coffee. This steadily took hold in major cities like New York, San Francisco, Los Angeles, and Chicago at first, before rapidly spreading further afield through the 2010s.

Since the founding of the US’ coffeehouses before the American Revolution, coffee shop culture in the country has evolved significantly. From war rations to the third wave, it’s clear that coffee has been an inextricable aspect of US culture for centuries.

How it will change in the future remains to be seen, however. With the third wave of coffee proliferating and specialty coffee culture continuing to become commercialised – there are certainly questions that will be answered in the years to come.