Coffee is a drink prepared from roasted, ground, and brewed coffee beans. Coffee is produced from the seed of the coffee plant, which is from the Madder family. The main scientifically-proven benefits of coffee are that it provides energy, improves mental, physical performance, and reduces the risk of many common diseases. A study published in the New England Journal of Medicine found that older adults who drink coffee live longer. It lowers their risk of dying from diabetes, heart disease, respiratory disease, and other medical complications by 10% for men and 15% for women.

Black coffee contains a host of nutrients that produce these benefits. Its caffeine activates neurochemicals and adrenal glands to make you feel energetic and alert. It contains many essential nutrients like B vitamins, manganese, and potassium, that keep your body in top form. And it is rich in antioxidants to ward off diseases like cancer and cardiovascular disease. Here is a comprehensive list of the health benefits of drinking coffee: 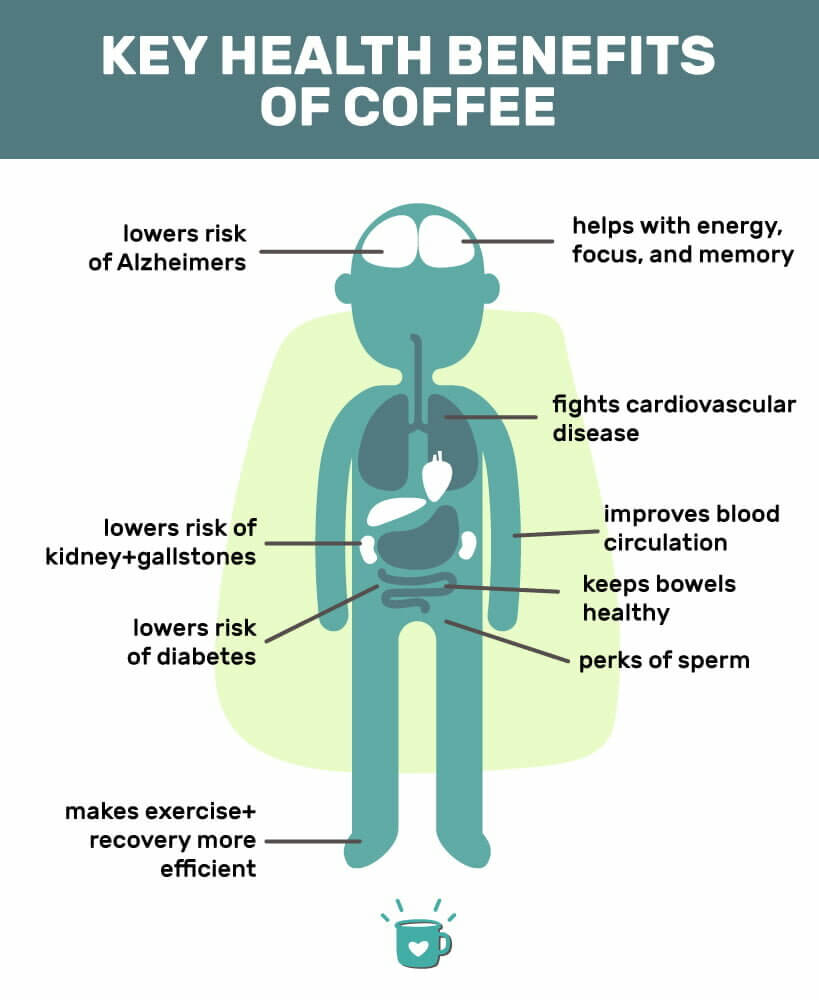