As the coffee industry develops and grows, producers and researchers continue to innovate and push boundaries in regards to processing and fermentation. The end goal is to deliver unbelievable flavours and improve cup quality.

Whenever fermentation is involved, producers and scientists experiment with various microorganisms, and examine how their unique relationship with the process can affect a coffee’s sensory profile and cup score.

Coffee fermentation is a naturally occurring process that starts to occur as soon as a coffee cherry is picked. It occurs as the water, sugar, and starches within the cherry begin to naturally break down into acids and alcohols.

Fermentation typically occurs in one of two main ways: aerobic (an oxygen-rich environment) or anaerobic (an environment with no oxygen). Both fermentation styles can be controlled in different ways.

Whenever fermentation occurs, microorganisms are responsible for converting these sugars and starches into acids and alcohols. There are thousands of microorganisms that have been identified in fermentation, but some of the most common include yeasts (such as saccharomyces cerevisiae), bacteria (such as lactobacillus), and fungi.

Each individual microorganism affects fermentation (and therefore coffee flavour) in an acutely different way. While we understand that some (in particular saccharomyces cerevisiae and lactobacillus) affect the smell, colour, and pH of a coffee, the effects that other microorganisms have on fermentation are still being studied.

More recently, controlled fermentation has been adopted across the coffee sector to offer increased security for producers who experiment with coffee processing. By monitoring and controlling variables such as temperature and time, producers can more effectively manage the flavours of their coffee, and subsequently manipulate its sensory profile. 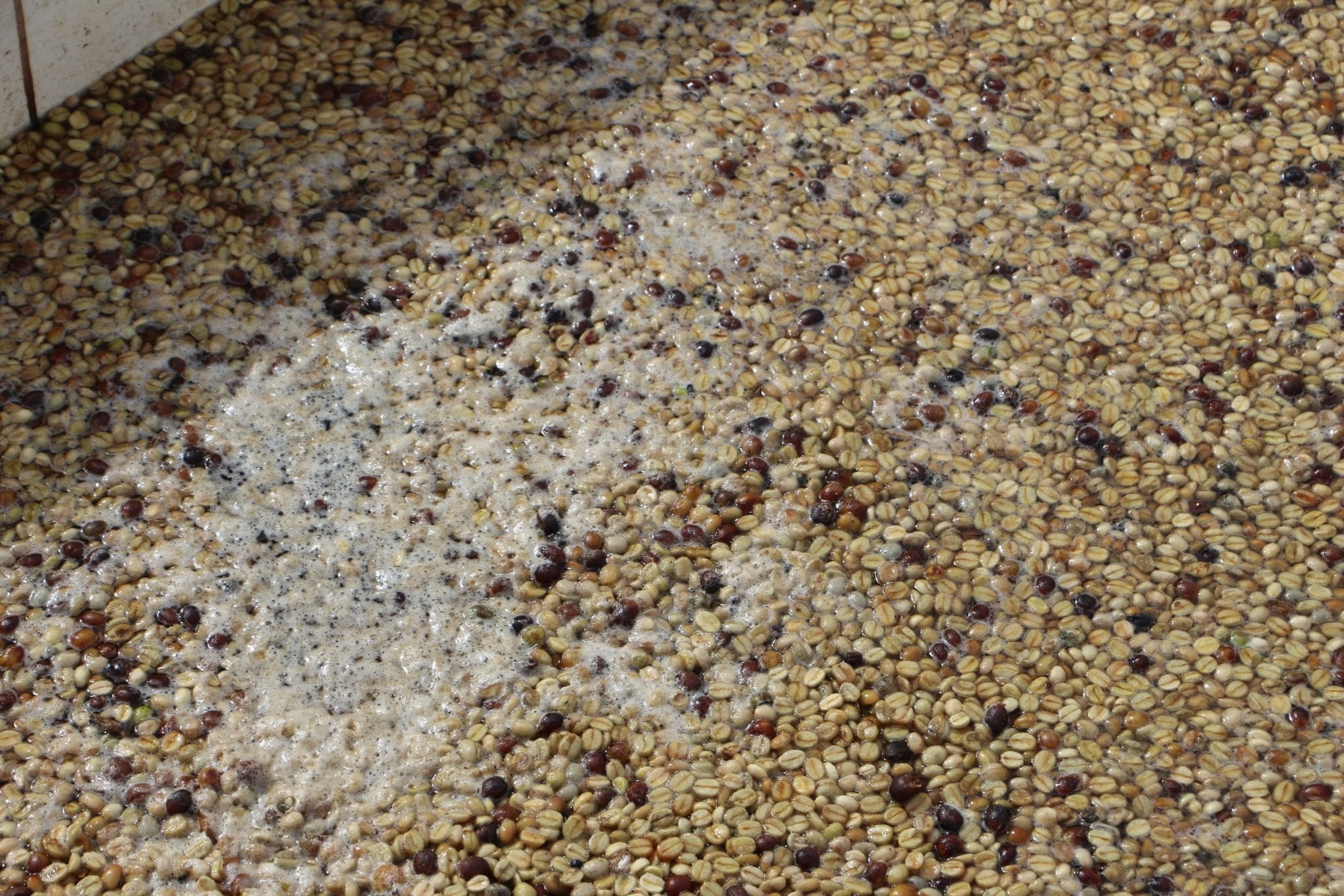 In comparison to beverage sectors where fermentation has been used for thousands of years (such as beer and wine), fermentation in coffee is still in a relatively early stage of understanding.

However, we know for certain that fermentation can occur both naturally, without external input from the producer, or through the deliberate use of “starter cultures”.

Natural fermentation relies on the microorganisms that are already present in and around a coffee cherry to break down the sugars and starches within. Using starter cultures, however, is like adding a new “ingredient” that kickstarts and guides fermentation in a certain way. 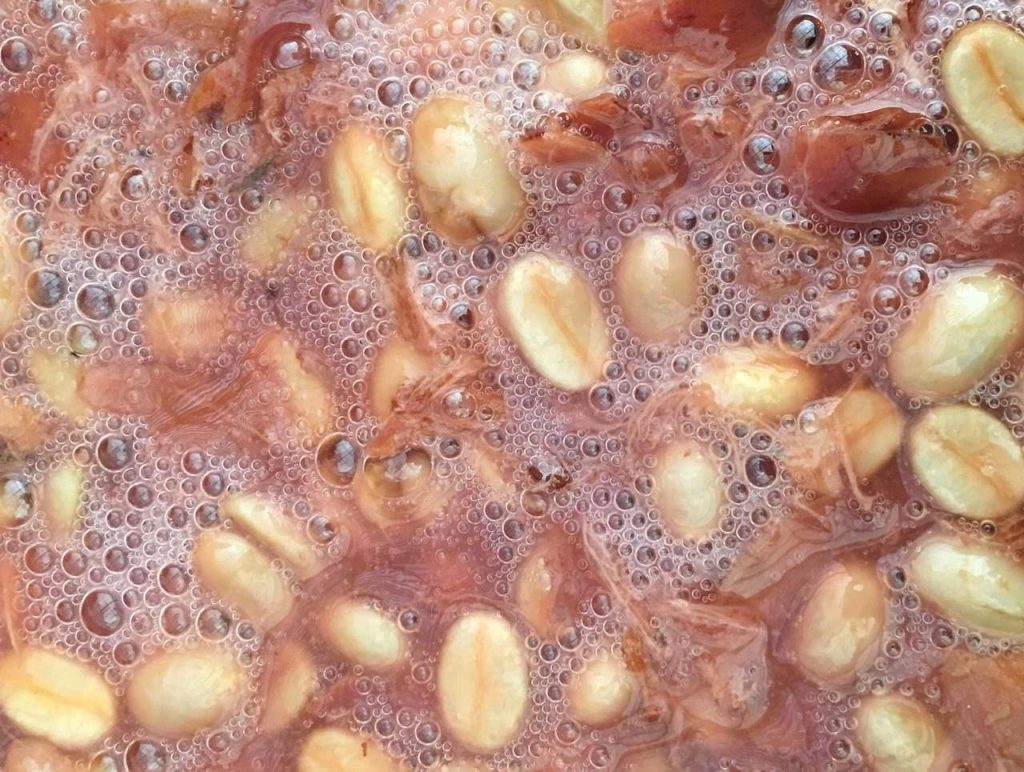 This new range of possibilities is perhaps best explored in the unusual flavour profiles that these new fermentation techniques produce.

Brazil is the largest producer of coffee in the world. The vast majority of coffee grown in the country is natural or pulped natural processed. Often, Brazilian beans have a full body, low acidity, and sweet, chocolatey notes.

However, by using these techniques, Brazilian producers can alter the flavour profile of their coffees. This helps them set themselves apart from others on the market.

As part of the Artisans project, producers have been trained to use the techniques, and have subsequently produced more than 1,000 lots scoring between 80 and 90 points. 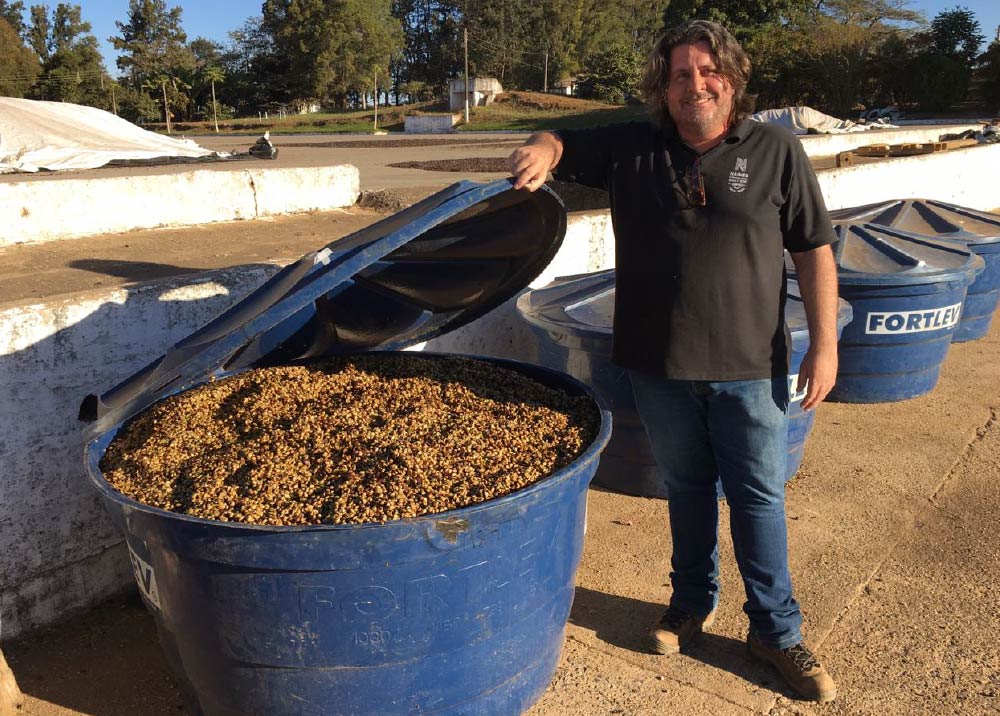 Across the global specialty coffee sector, there is an ever-increasing demand for fermentation. This is because it provides roasters and consumers with the opportunity to experience new and unique flavour profiles.

To seek out new markets for these coffees, Nucoffee have started conducting virtual cuppings in the US and Europe with the hope of generating further interest. For producers, the project has set out the aim of “stimulating the production of new coffee profiles” in the weeks and months to come.

The Nucoffee platform works with more than 2,000 coffee growers, and the company believes that it is possible to introduce new technologies across a range of Brazilian farms to unlock new market opportunities and new flavours.

While controlled fermentation and microorganisms are still the subject of continuous research in the coffee sector, this project shows that there is considerable opportunity for producers, roasters, and consumers. The potential for producers to leverage these production methods to unlock new sensory profiles is massive.